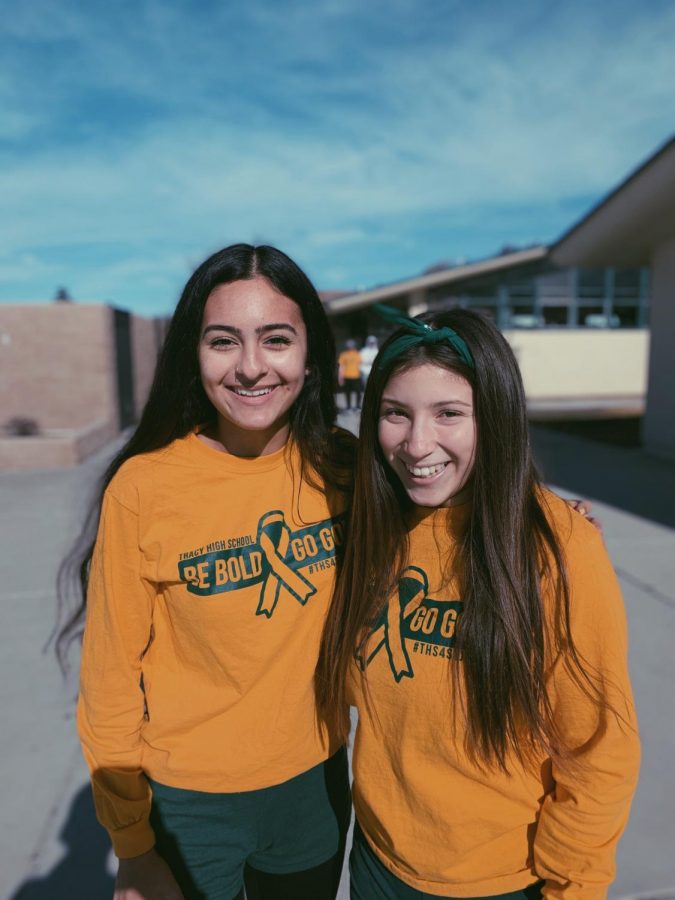 Hoopla week just passed Jan. 21-25  and you know what that means? SPIRIT WEEK! Spirit week is where student dress up and show their school/team spirit according to each day’s theme. The theme for this year’s Hoopla was comic book, Tuesday was green and gold, Wednesday was comic book – dress up as a hero, Thursday was white out – dress up in all white clothes for the black light rally. Tracy High students were asked if they’re excited about Hoopla.

“Yes I am!” said Nayeli Fabian Arteaga, a junior at Tracy High.

“Yes I am,” said Jenveve Pirnie, a senior at Tracy High.

The students were then asked what day they were gonna dress out?

“I’m going to dress up for Extreme green and gold,” said Washington.

“I’m going to dress up for superhero day and maybe white out,” said Pirnie.

Since this year’s Hoopla week is only three days the students were asked if they were disappointed about this.

“Uh yeah, there could be more days for spirit week,” said Sorro.

“No, because I get to have a long weekend,” said Fabian Arteaga.

“No, I’m happy because it’s a shorter week,” said Washington.

The students were asked what superhero are they going to be on superhero day?

“I will be Superman,” said Fabian Arteaga.

“I will dress up as Batman,” said Pirnie.

Since this rally was black light they were asked are they going to go all out for the hoopla rally?

“No not really I don’t always dress up for spirit week,” said Fabian Arteaga.

“Yeah, I have a lot of clothes that are white for the rally,” said Pirnie.