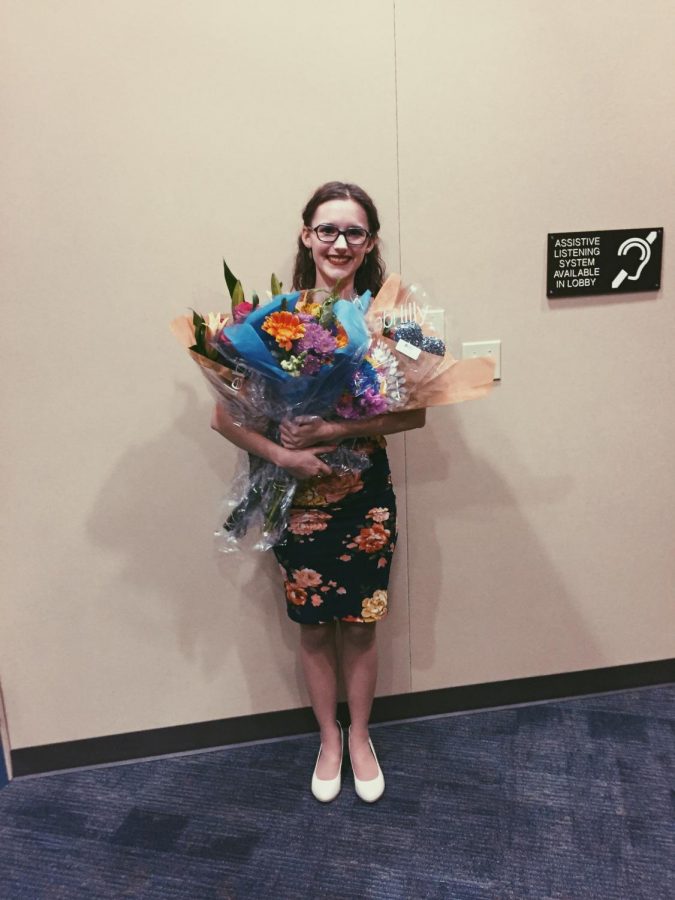 Knowing months ahead, Seniors had to choose a song, a scene, or a topic to perform for their Senior Recital. Some rehearsed more than others, and some procrastinated, but of course, each student did their very best resulting in a splendid job.

Those who want to pursue music as their future career must organize a performance for their Senior Recital. Decisions like playing a classical repertoire, or maybe a powerful, dramatic monologue for their Drama class, could be stressing enough. What if one had to worry about other things like suddenly getting a cold while spending days rehearsing? That exact thing happened to Audrey Boyd.

Boyd is a Senior at Tracy High School. She’s a part of the Performing Arts Magnet.  For her recital, Boyd performed French and Russian songs. When it came to the song choice, she doubted her ability to learn the foreign language pieces.

Boyd accomplished this tough task by mostly listening to the pronunciation in different recordings of the songs and memorizing them. As a cold also made it difficult to improve, Boyd didn’t give up. She spent some time resting her voice and trying every cold remedy she could find. By the time of her important performance, the result was amazing.

Although she claims there’s always room for improvement, Audrey Boyd is proud of the work she did, considering the music she chose and the cold she had the day before the performance.